Poor auction structure is a clue to opportunity

File this under: “You know if you can see the opportunity, everyone else can too”

Have you ever seen an auction get ahead of itself and think,”I want no part in that!”?

You’d be wise to stay on the sidelines and wait for a better opportunity. Sometimes, that better opportunity comes in the form of an auction that is moving so swiftly it doesn’t even check to see if those prices are valid. The poor structure of the auction then becomes a clue for potential opportunity.

Here’s an example of an auction that got ahead of itself. Note the highlighted areas. What you are seeing are prices that were only traded in 1 30min period and no other. This is what we in the profile world call, “single prints” 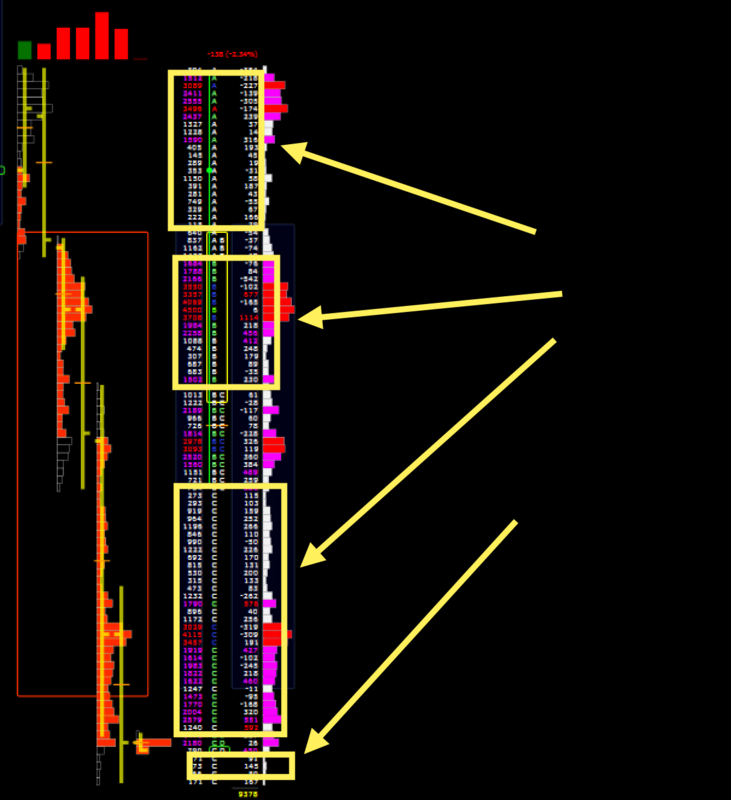 Now, it’s not unusual for an auction to create single prints. These occur often at the extremes of sessions. What IS unusual is having several fields of single prints in the same session. I counted 4 by the time the 4th 30min period of the session began.  This is indicative of very impulsive activity.  In essence, the auction has so much directional conviction that it doesn’t care to check on prior prices.

We call this structure “Poor” because there was no fight over these prices.  One side simply capitualted. When the impulsive activity ends, because the auction did not test those prices, it’s unaware if those prices are valid, so those prices become prone to retest if we re-enter or retrace in the direction of the singles in the same or subsequent sessions.

Look and see what happened to the Crude session above by the close: 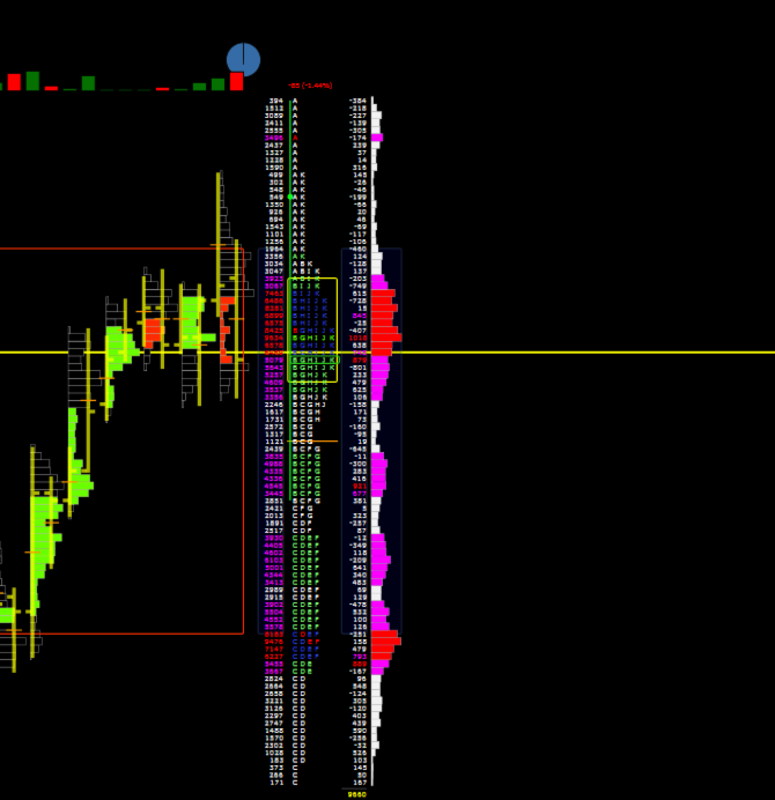 By the time the profile completes, almost all of the single prints are filled in. For reference, just filling in the first section off the bottom of the range when “D” period began was 31 ticks. Since this is an example of Crude oil futures, that’s the equivalent of $310 in profit per contract just to fill in one. On this day we went all the way back to the open for a total of almost $800 per contract.

You know that an auction that gets ahead of itself is in trouble. When you pair that knowledge with an ability to see it in the profile, it becomes even more powerful.

In this case, the field of single prints left by the early auction in Crude provided a clear opportunity that many did not see coming and the alert “profile-informed” trader got more excited as the number of single print fields increased. Leaning on the knowledge that multiple fields of single prints almost never remain in a complete profile, the “profile-informed” trader confidently entered the auction to the long side at the beginning of “D period” when the auction got within range of one of the prior zones, with a stop below the “C” period low expecting to clean up at least one of those single print fields.  We call this a “Structure Clean-Up” trade.  It can occur in the same session, or in subsequent sessions.

So, if you see a session close with several “single print” zones left behind, carry those prices forward.  If we return to them in the future, they will likely pull like magnets!

Mapping human behavior in the auction

Market Profile Examples, Profiling Concepts & Applications, Video
Profiling is the core of our trading approach and analysis because it captures how all market participants (institutions, hedge funds, retails, etc) interacted with various prices. While no…
Read More →
1 MIN READ

[Q&A]: Building an expectation for the session based on how it opens

Market Profile Examples, Profiling Essentials, Q&A Sessions, Tips for Newbies, Video, Webinars
Part of our weekly Q&A series. We began the discussion with a look at how we use "OPEN types" to determine the likelihood of "DAY types." Then we…
Read More →
1 MIN READ

[Q&A]: Figuring out who is controlling the auction, so that you can go with them

Market Profile Examples, Q&A Sessions, Video, Webinars
Part of our weekly Q&A series. We began the discussion with a look at how to use the profile to help figure out who is in control, allowing…
Read More →
1 MIN READ
CONNECT WITH US

Poor auction structure is a clue to opportunity | TRADE WITH PROFILE